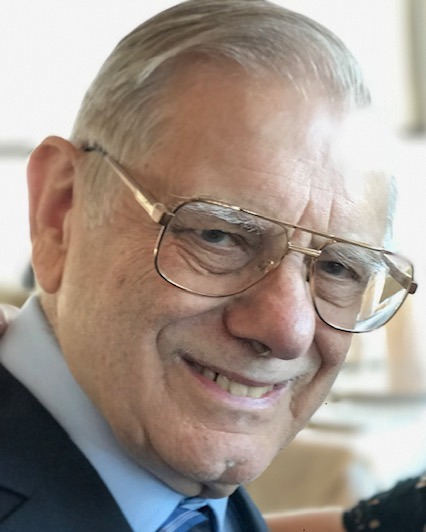 Richard Francis Raczkowski of Hingham, MA passed away November 24th after a brief illness at the age of 90 surrounded by his family. Richard was an accomplished pharmacist, teacher, pianist and a beloved father, grandfather and great grandfather.

Richard was born in 1932 in Whitman, MA. He was adopted as the youngest of four by the late Julius and Alice (Dombrowski) Raczkowski.  After graduating from Brockton High School, Richard pursued a career in pharmacy. Richard earned a degree from the Massachusetts College of Pharmacy (MCP), where he met Alice (Goolkasian), a fellow student who later became his wife of 58 years. Richard served as a pharmacist in the US Army and was stationed in Hieldberg, Germany and El Paso, TX.  After returning from the Army, Richard and Alice married and settled in Arlington and Lexington, MA to raise their three children. Richard later obtained a Master of Education from Tufts University and found his true passion as a chemistry and biology teacher in the Lexington public school system, where he educated and inspired students for 30 years.

In his retirement, Richard focused on enriching his artistic side. He performed in several local theatre productions and was a member of a jazz band that played at venues such as Ryle’s in Cambridge. His favorite pastime was playing the piano, especially the jazz music of John Coltrane and Duke Ellington. Richard was always seeking out new experiences and opportunities to learn. Once the kids were grown, Richard and Alice traveled extensively to Canada, Europe, Russia, and Africa. Later in life, Richard went on several Road Scholar tours, including music themed trips to New Orleans, Memphis and Nashville. Above all, Richard was most fulfilled being a dad and granddad. He enjoyed family gatherings at home in Lexington with its big backyard, where he honed his BBQ skills and played wiffle ball and catch with his children and later his grandchildren. Richard loved taking his family camping. In particular, two summer cross-country trips with three kids in the family car with no air conditioning and no cell phones remain etched in family lore. The time spent with his family, whether close to home or traveling, was what he most cherished.

Richard was preceded in death by his late wife Alice (Goolkasian), and is survived by his daughter Alison Boughan and her husband Joseph Boughan III of Waltham, MA, his son Richard G. Raczkowski and his wife Helen Ra of Cohasset, MA, and his daughter Ruth Raczkowski and her partner David St. Jean of Troy, ME; five grandchildren: Ryan Boughan and his wife Chelsea Boughan of Newton, MA, Joseph Boughan IV and his wife Alexandra Boughan of Scituate, MA, Sarah Boughan of Boston, MA, Grace and M. Kai Raczkowski of Cohasset, MA; as well as four great grandchildren, Harlow Mae, Meriwether and Draper Boughan, and Bodhi Boughan. He also leaves behind his devoted companion of the last six years Betty Lincoln of Hingham, MA.

To order memorial trees or send flowers to the family in memory of Richard Raczkowski, please visit our flower store.