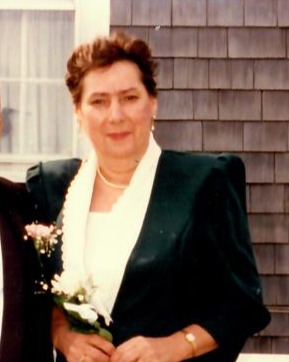 Priscilla Vasile (Millette), of Plymouth and formerly of Weymouth passed away on Friday, January 6, 2023 at home. Priscilla was raised and educated in South Boston. She married her beloved husband, Rocco, in 1957 and they started a family in Dorchester prior to settling in Weymouth where they raised their family.

Priscilla also moved to Rockland in 2017 and most recently lived in Plymouth. She was active at the Weymouth Elks with her husband for countless years and loved Bingo almost as much as she loved her grandchildren! Priscilla has special memories from the trip to Nova Scotia that her children sent her and Rocco on for their 50th anniversary in 2007.

Priscilla was predeceased by her beloved husband Rocco J. Vasile Jr., her parents Armond and Dorothy (Paige) Millette, and her siblings Jacky, Tommy, Kenny, and Bobby Millette, Carol Black and Ruth Carr. She is survived by her children Rocco K. Vasile and his wife Wendy of Rockland, Margaret McLeod and her husband Bruce of Weymouth, Michael Vasile and his wife Stacy of Weymouth, and Anthony Vasile and his wife Colleen of Plymouth, her grandchildren Anthony, Francesco, Stephanie, Danny, Jennifer, AJ, Alicia, Brittany, Mikey, and Angela, and her great-grandchildren Frankie, William, and Isabelle. Priscilla is also survived by her sister Judy Vasconcellos.

Relatives and friends are respectfully invited to the visitation for Priscilla on Wednesday, January 11, 2023 from 4-7pm in the C. C. Shepherd Funeral Home located at 134 Pleasant St. (Columbian Sq.) Weymouth, MA. Relatives and friends will gather in the funeral home at 10:45am on Thursday for a funeral service that will take place in the funeral home at 11am. Burial will follow at the Bourne National Cemetery at 1:45pm.

To order memorial trees or send flowers to the family in memory of Priscilla Vasile, please visit our flower store.