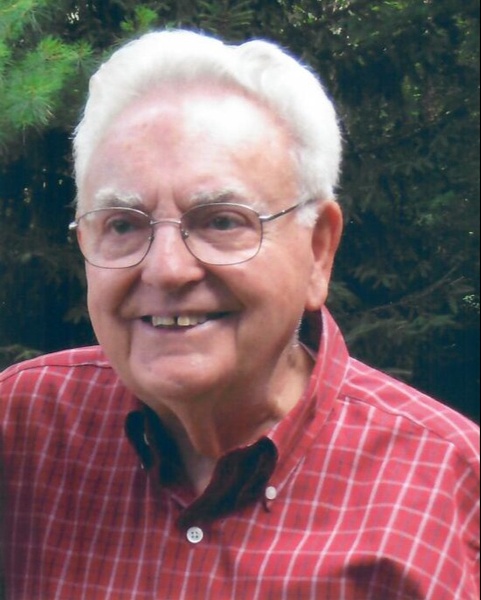 Douglas M. Gregor of Pembroke passed away on October 2, 2022. Douglas was born September 18, 1931 in Weymouth MA. He was the son of James G. Gregor (Aberdeen, Scotland) and Marjorie Teel Gregor (Abington, MA) of Braintree, MA. He was happily married in 1959 to the love of his life Carole Anne (Patch) of Quincy. They bought a home in Weymouth MA in 1962. Doug is survived by his sons Bryan D. Gregor and his wife Brenda E. of Pembroke and Philip D. Gregor and his wife Sally Anne of West Boylston, MA. He is also survived by a sister Barbara L. Larrabee and her husband Paul of Jenson Beach, FL. He was also a brother of the late Richard N. Gregor of Kingston, MA. He is survived by nieces and nephews throughout the eastern states.

Douglas graduated from Braintree High School in 1949. He worked at Quincy Motor Co. for three years in sales and inventory. His first car was a 1931 Ford Model A Cabriolet and later Thunderbirds. He then enlisted in the US Army (ASA) during the Korean Conflict, two of which he served in the Philippines, attaining the rank of Staff Sgt. in radio and signal training and as a motor dispatcher. He was proud serving his country. He has been a member of the American Legion for 40 years. He returned to work at Quincy Motors for another year as he always loved automobiles and their history having visited Indianapolis Speedway as a teenager.

He worked at the Wright Company Inc. in Cambridge, MA completing a 6-year apprenticeship program which led to extensive experience in all areas of process camera and contacting procedures which led to working for the Christian Science Publishing Society from 1970-1989. From 1989-1995 he worked at the Boston Herald as an Assistant foreman in the Engraving/Platemaking Dept. Douglas was a 44-year member of the Boston Photo-Lithographers Local #600, GCIU.

He was a long-time church member of Old South Union Church, serving as a deacon and several other boards and committees, and the Food Pantry. He was active for several years with Cub Scouts Pack 8, and Boy Scout Troop 8 at the church.

Douglas enjoyed the outdoors, touring, camping and hiking with the family in New England. He loved working in the yard, gardening, growing miniature trees. Doug and Carole enjoyed several years of travel throughout New England, southern states and Canada.

Relatives and friends are respectfully invited to attend a funeral service for Doug on October 12, 2022 at 10:30AM in the Old South Union Congregational Church in Weymouth. A burial will follow in the Blue Hill Cemetery in Braintree. In Lieu of flowers donations in Doug's memory may be made to the Old South Union Church, 25 Columbian St. S. Weymouth MA or to the American Legion.

To order memorial trees or send flowers to the family in memory of Douglas Gregor, please visit our flower store.