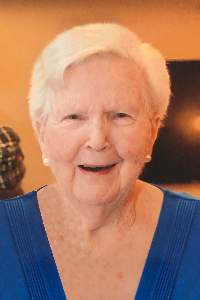 Anna M. Hallifax of Methuen passed away surrounded by her loving family on August 28, 2022, at the age of 92. Anna was born in Philadelphia, PA on November 1, 1929 and was raised and educated in Newfoundland, Canada. At the age of 16 Anna made her way back to the U.S. to live with her aunt, uncle, and their children in Dorchester. Her aunt and uncle became her second parents and her fourteen cousins, her brothers, and sisters. While living in Dorchester she met her husband George Hooper and eventually made their home in a small lake cottage in Weymouth. In 1966, George and Anna moved their family to North Reading and rented out their little cottage in Weymouth. George passed away suddenly in August 1969 and Anna moved her family back to the Weymouth cottage where she remained for over 50 years. The neighborhood was home to several cousins and her aunt and uncle she had come to live with many years before. In 1973, Anna met and married Bruce Hallifax. The two were happily married until Bruce’s passing in 2005. In 2009, Anna moved to a brand new in law apartment off her daughter’s home in Methuen where she stayed until her passing.

Anna was a strong, feisty, loving and courageous woman who enjoyed reading, knitting, playing cards, and just spending time with her family in her beautiful home that she loved. She was truly the hub of her family and friends. She was the common host of tea and goodies for all her family and friends living in her neighborhood in Weymouth, despite having the least amount of space. She was grateful for everything she had and never complained once that it wasn’t enough. Anna was also a member of The Weymouth Grange for many years. She will be missed dearly by all who knew her.

Anna was predeceased by both her loving husbands George Hooper and Bruce Hallifax. She was the devoted mother of Rick Hooper and his wife Cathy of Edmonds, Washington, Ron Hooper of Truro, Ralph Hooper and his wife Lisa of Norton and Kathy Coronella and her husband Joe of Methuen. Anna was the cherished grandmother of Matt and fiancé Sarah, Alesia, Joey and fiancé Rebeca, Jamie and great grandmother of Isabelle, Brooklynn, and Ava. Anna was the sister of Gerry Wilson of Chicago, the late Dorothy Courtois of Louisiana, Greg Connors, and his wife Barb of NFLD, Pat Connors and his wife Mary of NFLD, Isabelle Meaney and her husband Ed of NFLD and Joe Connors of NFLD. There were also many unofficially adopted grandchildren that called her nana.

Relatives and friends are respectfully invited to attend a visitation for Anna on Tuesday, September 6, 2022, from 4-7PM in the C.C. Shepherd Funeral Home (134 Pleasant St. Weymouth, Columbian Sq.). A funeral service for Anna will take place in the C.C. Shepherd Funeral Home on Wednesday, September 7, 2022, at 10AM followed by a burial at the Blue Hill Cemetery. In Lieu of flowers donations may be made in Anna’s memory to the American Heart Association at https://www.heart.org/.

To order memorial trees or send flowers to the family in memory of Anna M. Hallifax, please visit our flower store.