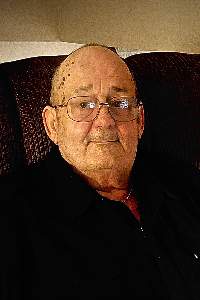 David is survived by his loving wife of 34 years Ruth (Skidmore) Curtin, sister Nora Curtin of Weymouth, daughter Nichole Curtin of Bradenton, Fl, father by marriage to Eric Clerkin and his wife Jacki of Assonet, Tracy (Clerkin) Churchey and her husband Jason of Holbrook as well as his grandchildren Aiden, Declan, Lily and Julie.

David enlisted in the US Army in 1968 completing two tours in Vietnam. he was active with the 3rd Infantry Regiment (Old Guard) from 1968 to 1969 and the 135th Assault Helicopter Company EMU from 1970 to 1971. David earned many badges of honor. He was most proud of his Combat Infantryman Badge, Marksman Badge Rifle M- 14, and Expert Badge Machine Gun M60.

Upon completion of his service David became the Weymouth Animal Control Officer as he had a great love for all animals. He was considered a Special Officer of the Weymouth Police Department for 40 years.

David was a lifetime member to the DAV Chapter 50 of Rockland holding the honor of Adjutant. He enjoyed helping his fellow Veterans and Brothers in any way he could.

His other great love was nighttime fishing in Hull, Hingham, Scituate, and Cohasset.

David, better known as “Papa George”, was a hero to his children and grandchildren. He enjoyed spending time, sharing stories and jokes, and making memories with them.

Relatives and friends are respectfully invited to the visiting hours for David on Sunday, May 22, 2022 from 4-7pm in the C. C. Shepherd Funeral Home located at 134 Pleasant St. (Columbian Sq.) S. Weymouth. Relatives and friends will gather in the funeral home at 10:45am on Monday for a Celebration of Life service in the funeral home at 11am. Burial will follow at Holy Family Cemetery in Rockland.

To order memorial trees or send flowers to the family in memory of David Curtin, please visit our flower store.