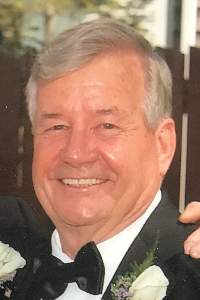 Earle J. Nelson life-long resident of East Weymouth passed away peacefully, with his wife and children at his side, on April 21, 2022 at the age of 88. He leaves behind his beloved wife of 59 years, Janet (Pomarico) Nelson and children David Nelson and his wife Suzanne of East Weymouth, Traci Gratta and her husband Mario of Norwell, and Kristin Ross of Whitman and her partner James Hallahan. He was predeceased by his son, Jimmy Nelson. Earle was the proud and cherished grandfather of 7 who lit up his life, Julietta, Marissa, and Eliza Gratta, Kevin, Sarah, and Brian Ross, and Cameron Nelson. Son of the late Sten and Sylvia L. (Long) Nelson, he is predeceased by his brothers Sten and Norman and leaves siblings Harold, Gordon, and Ann, along with many nieces and nephews.

He was a graduate of the Weymouth High School Class of 1951. Out of high school he served in the United States Navy and was a proud veteran of the Korean War. He was a member and the 39th Exalted Ruler of the Weymouth Elks Lodge, where he was an Elk’s team member in the South Shore Pool League and played in many Texas Hold'em tournaments. He was a very handy man, always fixing things around the house. And loved taking trips especially to Foxwoods and Aruba.

His family wishes to acknowledge and sincerely thank the nurses and staff of Beacon Hospice and North River Homecare for their compassionate and loving care during this time.

Services will be held at the C.C. Shepherd Funeral Home, 134 Pleasant Street in South Weymouth. Visiting hours will be on Tuesday, April 26, 2022 from 4:00 to 7:00 p.m. and the Funeral Service will be Wednesday, April 27, 2022 at 10:00 a.m., also at the funeral home. Earle will be laid to rest in the St. Francis Xavier Cemetery, Washington Street in Weymouth.

To order memorial trees or send flowers to the family in memory of Earle J. Nelson, please visit our flower store.