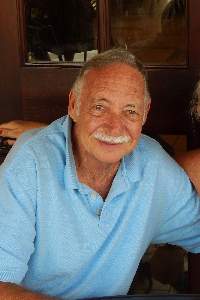 Francis L. Smith Jr., age 81, passed away at home with his loving family by his side on Saturday, April 9, 2022. Frank was raised and educated in Braintree. He joined the Pipefitters Local 537 in June 1960 and worked through June 2002. He was a Lifetime Member of the Union. Frank was very passionate about the union and remained active in meetings up until recently.

Frank enjoyed gardening, tending to his goldfish pond, and travelling with his wife enjoying snorkeling and sailing. When it came to day trips some of Frank’s favorite spots were Rockport, Newport and Castle Island. Frank loved to tinker with anything that needed fixing. He was known for collecting lawnmowers and fixing them up and giving them to those that needed a working one. Around the holidays his over-the-top motorized light-up reindeer display could be seen for miles!

Frank is the beloved husband of Nancy Smith (McNutt) of S. Weymouth, his loving children Jeffrey Smith of Weymouth, Glenn Smith of Winthrop, Lisa Klein and her husband Jeffrey of Southborough, Stephen Fuller and his wife Lisa of Weymouth, and the late F. Scott Smith, his cherished grandchildren Adam, Alison, and Shannon, and his siblings Kenny, Bobby, Philip, and Phyllis Smith. Also, the brother-in-law and sister-in-law of Edward and Marilyn Melchin.

Relatives and friends are respectfully invited to the visitation for Frank on Thursday, April 14, 2022 from 4pm-7pm in the C. C. Shepherd Funeral Home located at 134 Pleasant St. (Columbian Sq.) S. Weymouth. Friends are invited to the funeral home at 9:45am on Friday for a funeral service that will begin promptly at 10am in the funeral home. Burial will follow at Lakeview Cemetery, Weymouth. Donations in memory of Frank may be given to ALS ONE research at www.alsone.org in honor of a close friend of Frank’s who died from the disease.

To order memorial trees or send flowers to the family in memory of Francis Smith, please visit our flower store.