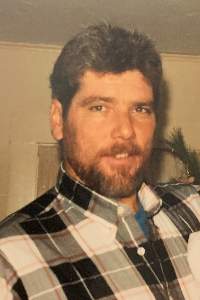 John “Jack” F. Cook, age 70, of Weymouth passed away at home with family and friends by his side on Wednesday, March 16, 2022. Jack was raised and educated in Weymouth and graduated Weymouth High School in 1969. Jack travelled for years after graduating to destinations including but not limited to Colorado, New Mexico, Oregon, and San Diego where he met his future wife, the love of his life, Olga.

Jack and Olga started a family together in California then settled in Weymouth where they have lived ever since. Jack worked with his father at J. F. Cook and Sons Contracting for many years before taking over and running it himself.

Jack was known for being dedicated to his friends, customers, the community, and especially his family. So dedicated that Jack ran the business until very recently, even while struggling with his illness.

Jack has helped so many and worked with so many clients that over time, became friends and then family.

Relatives and friends are respectfully invited to the visiting hours for Jack on Tuesday, March 22, 2022 from 4-7pm in the C. C. Shepherd Funeral Home located at 134 Pleasant St. (Columbian Sq.) Weymouth, MA. A funeral service will take place immediately following the visiting hours at 7pm. Cremation will follow.

To order memorial trees or send flowers to the family in memory of John "Jack" Cook, please visit our flower store.