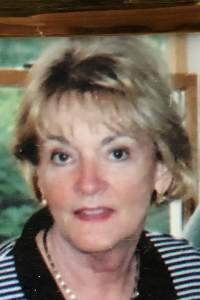 Isabel Callahan Hickey of Scituate passed away February 19,2022 at the age of 81. Isabel was born in New York and raised and educated in Newton as part of the Newton North High School class of ’58. After graduation she attended Vermont College and received a degree as a Medical Technician. While visiting her cousin at Dartmouth College Isabel met her future husband Tom and the two of them married in 1960. They moved around quite a bit to various states and towns while raising their family before finally settling into Scituate.

Isabel was extremely talented with her hands and her creative mind. She enjoyed years of owning and operating knitting enterprises, including Nami Lee Yarns and Isabel's Originals. Isabel had no shortage of artistic vision as she also adored painting, molding pottery and more recently Chinese brush stroke painting. Isabel also enjoyed cooking and was a member of the Daughters of the American Revolution Society. Above all else Isabel put her family first. She was a devoted mother and grandmother doing anything to make sure her family was cared for.

Services for Isabel are private. Details of the celebration of Isabel's life will be communicated at a later date.

To order memorial trees or send flowers to the family in memory of Isabel Callahan Hickey, please visit our flower store.