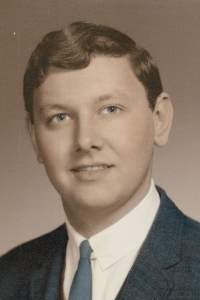 James F. Gibbs of Weymouth passed away suddenly on January 31, 2022, at the age of 73. James was born, raised, and educated in Weymouth, graduating from Weymouth high with the class of 1965. Following his graduation James attended Newbury jr. College in Boston and graduated there in 1969 with a degree in Business. James spent over 10 years working for the A&P offices South Station before working for himself as co-owner of the “Lower Deck” restaurant in Boston. In his later years James stayed busy working in sales with Home Depot and Lowes.

James was an intellectual and loved keeping his mind busy. He absolutely adored reading and would read 3-4 books a week about anything and everything. In his younger years James enjoyed travelling, visiting Germany, Scotland, and his family in Prince Edward Island. James was a member of the Old South Union Church, was proud of his Canadian ancestry and will be missed by Sadie the dog that would make it a point to see James whenever he was around. Above all else James was a loving brother, cousin, and friend to all.

Relatives and friends are respectfully invited to attend a memorial service for James that will take place at the Old South Union Congregational Church in Weymouth on Saturday February 5, 2022, at 12pm. Burial will be private and is in the care of C.C. Shepherd Funeral Home in Weymouth. In lieu of flowers donations in James’s memory can be made to the South Shore Foster Closet in Duxbury, MA.

To order memorial trees or send flowers to the family in memory of James F. Gibbs, please visit our flower store.