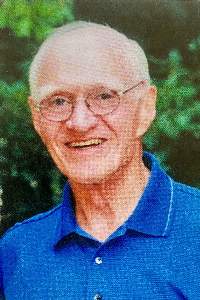 Fred Jensen died on Saturday January 29th, 2022, at his home in Linden Ponds in Hingham, MA. He was 89. Fred lived a life filled with family, friends, and wonderful adventures. He will be remembered for his warm welcoming compassion for others.

The son of Norwegian immigrants, Olaf and Sigrid Anderson Jensen, he was born in Manhattan, NY on July 17, 1932, as Fred Olav Helmer Jensen. He was a graduate of Brooklyn Technical High School (1950), Cornell University (B.S., ME, 1955), Carnegie Mellon University (MBA 1960), and pursued doctoral studies in economics at Columbia University.

After graduating from Cornell, Fred served as a Navy pilot flying the P3 Orion submarine hunter from 1955 to 1958. Then as a reservist during the Cuban missile crisis, he flew aerial surveillance missions. While serving in the Navy, Fred proposed to his college sweetheart, Marilyn. They were married in 1956 and settled in Ridgewood NJ where they raised five children.

Professionally Fred worked in management consulting and business development. He pioneered the application of computers to business management systems at Shriver Associates and led strategic planning and new product development at Dun & Bradstreet and McGraw-Hill. Later in his career he worked as professor of management, at Stevens Institute of Technology in Hoboken, NJ. In 1996 as a Fulbright Scholar, he taught entrepreneurship and free market concepts to business students in Lithuania.

Fred and Marilyn retired to Chatham, MA where they built a home on Lovers Lake. He was a member of the Unitarian Universalist Church, played with the All-Worn-out Jug Band, and chaired the Chatham Wastewater Committee that developed a nationally recognized plan to protect the waterways of Chatham for future generations. The sea and boating were in his Norwegian blood. He was often sailing the waters of New England or exploring Chatham’s Pleasant Bay. Understanding and preserving the Chatham waterways was a passion in his retirement..

After his wife of 50 years passed in 2007, Fred was blessed to find a new partner in life, Barbara Rothenburger. For the past 12 years Fred and Barbara have been sharing their life together.

Fred not only had a curious mind academically, he was also curious about people. He took the time to have meaningful conversations and strived to broaden his understanding of people and the world around him. He will be greatly missed by all that were fortunate to know him.

He is survived by his wife Barbara; his children, Stephen (Michelle) of Wilmington, MA, David (Jeanne) of Burlington, VT, Paul of New London, CT, Lauren Corning (Robert) of Belmont, MA, and Amy Malkin (Ken) of Atkinson, NH; and 10 grandchildren. Fred was preceded in death by his brother, Eric Jensen in 2007.

A memorial service to celebrate the life of Fred Jensen is planned for 2pm Saturday May 14th 2022
At the Unitarian Universalist Meeting House 819 Main St, Chatham, MA 02633. In lieu of flowers, donations in Fred’s name can be made to the Friends of Chatham Waterways, P.O. Box 472 Chatham MA 0263.

To order memorial trees or send flowers to the family in memory of Fred Jensen, please visit our flower store.