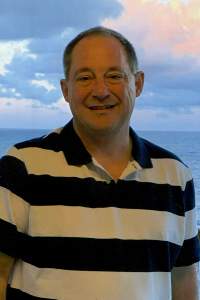 Alfred E. Saluti, age 57, of Braintree passed away unexpectedly on Wednesday, January 19, 2022. Al was a devoted family man who always looked for ways to give back to the world around him. Never worrying about himself but instead, enriching the lives of those he loved along with strangers alike.

Al was born and raised in Quincy. He graduated Quincy Vocation High School in 1983 and used his talents to work as a cabinet maker and carpenter doing high-end work for many years all over the state. Al married his beloved wife, Sandy, in 1987 after being together since they were 17 years old. Al and Sandy settled in Braintree where they raised their five children and were always active in the community.

Al lived to be involved in his children’s lives whether it be coaching little league or being involved at Union Congregational Church he always jumped at the opportunity to spend more time with them. He was also the president of South Braintree Girl’s Softball for over 24 years. Among all of the incredible memories that Al has, some of his favorites were family vacations to North Conway and Disney.

Al is survived by his wife Sandra Saluti (Macdonald) of Braintree, his loving children Jacqui Saluti, Alison Saluti, Stephen Saluti, Jessica Saluti, and Katelyn Saluti all of Braintree, and his cherished grand-dogs Bentley and Kemba. Al is also survived by his father Alfred Saluti and his siblings Michael, Mary, and Gail.

Relatives and friends are respectfully invited to the visiting hours for Al on Sunday, January 23, 2022 from 2-5pm in the C. C. Shepherd Funeral Home located at 134 Pleasant St. (Columbian Sq.) Weymouth, MA. A funeral service will take place immediately following the visitation at 6pm in the Union Congregational Church located at 74 Commercial St. Braintree, MA 02184. Cremation will follow the service. Donations may be made in memory of Al to Union Congregation Church at the above address.

To order memorial trees or send flowers to the family in memory of Alfred Saluti, please visit our flower store.