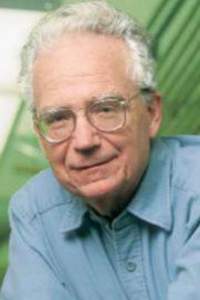 Robert L. Fulton, age 86, of Weymouth died peacefully, surrounded by family, on Saturday, January 1, 2022. Rob, a native of Weymouth, graduated Weymouth High in 1953 and Brown University in 1957. He was a Fulbright scholar to the Netherlands. His PhD in Physical Chemistry is from Harvard, 1964. While at Harvard he was a member of the Society of Fellows, JF 1961-1964. He was then Professor of Chemistry at the Florida State University until his retirement in 2008.

Robert married his beloved wife, Anne, in 1965. They enjoyed their world travels with family members including their son Thomas. He was a lover of classical music and a musician, playing mainly the cello in chamber groups. He built a Herreshoff ketch, H28, and gave it a Dutch name, ‘Dromen’. His son Thomas arrived in 1985 and gave another key focal point; Rob supported Thomas’ life journey punctuated by road trips, soccer matches and cheering the Red Sox and the Patriots.

Robert is survived by his wife Anne Fulton (Bailey) of Weymouth, his son Thomas Fulton of Weymouth, and his siblings Marylyn Pike of TX, Neil Fulton of VT, Carol Fulton of Newton, Nancy Fulton of Somerville, and the late Luther Fulton, Norman Fulton, and Herbert Fulton.

A celebration of life will be held at a later date for friends and family. Rob will be buried in his family’s lot in Fairmount Cemetery located in East Weymouth.

To order memorial trees or send flowers to the family in memory of Robert Fulton, please visit our flower store.