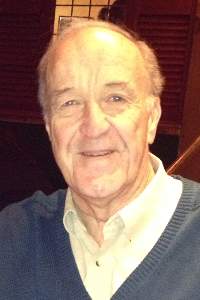 Timothy Donovan passed away on January 1, 2022, after a long battle with multiple health issues. He died peacefully, at age 79, with his wife and daughters by his side.

Tim was born in the small coal-mining town of Shamokin, PA, where he and his brother Jimm were raised by their parents, Cecilia and Alphonse Donovan, and a close-knit group of colorful aunts and uncles. As a young adult, he moved to Boston where he met his wife, Patricia, in a Russian class at Boston University. Tim learned carpentry skills while working in various jobs in and around Boston and went on to have his own small contracting business. Later in life, Tim re-educated himself and became a certified LAN administrator. He and Patricia eventually settled in Weymouth, MA, where they raised their three children, Sean, Beth and Tara, in a centuries-old home that Tim proudly renovated and made additions to over many decades.

An avid reader, Tim always had a book or two going, which contributed to his encyclopedic knowledge including all kinds of trivia, earning him the nickname of “Cliff” (from the television show “Cheers.”) He loved doing crossword puzzles and playing cards, especially with his grandchildren during the family’s annual camping trip to Ossipee, NH. Before his health struggles, Tim traveled with Patricia to destinations they had dreamed of visiting, including France, Ireland and Italy, which fed a curiosity about his Irish heritage and inspired a love of Italian cooking.

Relatives and friends are invited to the visiting hours for Tim on Friday, January 7, 2022, from 4-7 p.m. in the C. C. Shepherd Funeral Home located at 134 Pleasant St. (Columbian Sq.) Weymouth, MA 02190. A funeral service will take place on Saturday, January 8, 2022, at 10:00 a.m. at The Church of the Holy Nativity, 8 Nevin Road, South Weymouth, MA 02190. Note that masks are required at the church. Burial will be in Mount Hope Cemetery in South Weymouth immediately following the funeral service. Donations may be made in Tim’s memory to the Weymouth Food Pantry.

To order memorial trees or send flowers to the family in memory of Timothy Donovan, please visit our flower store.