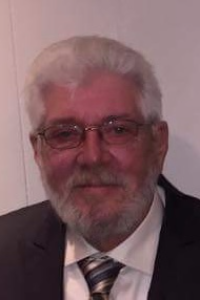 Stephen W. Morrison, age 75, of Halifax and formerly of Weymouth passed away at home with family by his side on Saturday, December 11, 2021. Stephen was raised and educated in Weymouth graduating from Weymouth High School in 1963. He joined the Navy and was stationed at the South Weymouth Naval Air Station. Stephen was a jack-of-all-trades and loved working on his motorcycles.

Stephen married his wife, Shirley, in 1981 and they settled in Weymouth where they raised a family and lived until 2010 when they moved to Halifax. He was a talented mechanic who worked at Lang Garage in E. Weymouth for many years and more recently worked at J. F. Price. Stephen also worked for Peter Fuller Cadillac for many years.

Services for Stephen will be private for his family. In lieu of flowers donations may be made to Hospice of the South Shore at 30 Reservoir Park Dr. Rockland, MA 02370.

To order memorial trees or send flowers to the family in memory of Stephen Morrison, please visit our flower store.