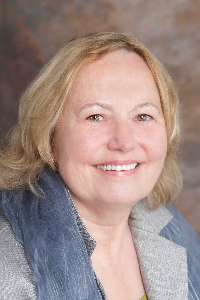 
Christine A. Biron, age 70, of Providence, RI passed into the gentle embrace of God on Saturday, October 16, 2021, surrounded by her loving family. Christine was raised and educated in Bellingham, MA and graduated Bellingham High in 1969. She earned a bachelor’s degree in biochemistry from UMASS Amherst and a PhD in microbiology and immunology from the University of N. Carolina Chapel Hill. After postdoctoral fellowships at the Scripps Clinic and Research Foundation, the Karolinska Institute, and the University of Massachusetts, Dr. Biron began her faculty appointment at Brown as an assistant professor of medical science in 1987. In 1996, she was appointed the Esther Elizabeth Brintzenhoff Professor of Medical Science. She served as director of the Pathobiology Graduate Program from 1995 to 1999, and then as chair of Molecular Microbiology and Immunology from 1999 to 2009.

Christine was an everlasting student; always learning about the world around her, the people around her, and mysteries that puzzled science until she took interest. In her research Dr. Biron found, among many other discoveries, a deeper knowledge of NK (natural killer) cells and their job in regulating our body’s immune response.She discovered that these cells produce proteins in the context of infections that serve to control the infection, accelerate the immune system response overall, but yet restrain it from damaging the body. Her work has been foundational to the development of many novel therapies in treating disease. She was honored to be elected a Fellow of the American Association for the Advancement of Science in 2002, the American Academy of Microbiology in 2009, and a Distinguished Fellow of the American Association of Immunology in 2021. She was invited to lecture all over the world and served on the Board of Scientific Counselors for the National Cancer Institute and the National Institute of Allergy and Infectious Disease. She has been honored with a permanent lectureship at Brown University.

Christine’s legacy lives in her 175 published articles which are cited over 20,000 times in other works, her many book chapters, and in the numerous doctoral students and three MD/PhD students who have gone on to distinguished careers as physician-scientists, along with many other junior faculty whom she mentored.

Christine was a woman of strong faith, dedication to family, and many talents. Christine had a beautiful soprano voice which she shared in many choirs. An amateur photographer her Christmas cards were works of art produced from her photos. Many of her photos included the Cape which she loved, and where she regularly hosted her family and friends. She was so very proud of her nieces and nephews and there was rarely a Spelling Bee, Theatrical performance, Art Show or any event featuring one of them that she did not attend. She will be greatly missed.

On behalf of Christine, her family would like to thank the Brown Physicians at Rhode Island Hospital who took such wonderful care of her.

Relatives and friends are respectfully invited to the visiting hours for Christine on Friday, October 29, 2021 from 4-8pm in the Monahan, Drabble, and Sherman Funeral Home located at 210 Taunton Ave. E. Providence, RI. Friends and colleagues are invited to the funeral mass which will take place at the Cathedral of Saints Peter and Paul located at 30 Fenner St. Providence, RI at 10am Saturday Morning. Burial will follow in the Resurrection Cemetery in Cumberland, RI. Donations in memory of Christine may be made to the Dr. Christine Biron Molecular Microbiology and Immunology Lectureship at Brown University, please visit http://brown.edu/go/Biron

To order memorial trees or send flowers to the family in memory of Christine Biron, please visit our flower store.