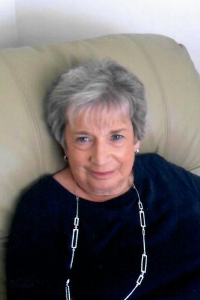 Mary Louise Coleman (Connor), “Mary Lou” of Hanover, formerly of North Weymouth passed away after a brief illness on October 5, 2021. She would have been 80 years old on October ninth.

She was the daughter of the late Dr. William R. and Alice M. Connor, and grew up in Dorchester by Saint Gregory’s Parrish. Mary Lou graduated from Fontbonne Academy. Following graduation, she worked at State Street Bank in Boston. She met her husband Michael Coleman at a summer camp in Plymouth, and was married on October 5, 1963. They settled in North Weymouth, and she dedicated herself to her four children.

Mary Lou enjoyed summer vacations with her family on Cape Cod. In her later years, she and Michael enjoyed much deserved vacations to Florida and Europe many times. As her children grew, Mary Lou worked at Talbots Inc. for many years. After retirement, she continued to keep in touch with her “Talbots Girls”. Going bowling and having coffee with them. Most of all she enjoyed doting over her eight grandchildren. They were the “loves of her life”.

Services for Mary are in the care of C. C. Shepherd Funeral Home in Weymouth and will be private to honor her wishes. To leave a message of condolence for the family, please visit online guestbook at www.CCShepherd.com.

To order memorial trees or send flowers to the family in memory of Mary Louise Coleman, please visit our flower store.