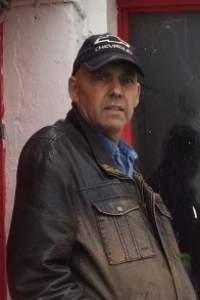 Andrew McDonagh, age 57, of Sanford, ME and formerly of Weymouth passed away on Friday, August 20, 2021. Andy was born and raised in Galway. He came to the United States in 1974 then graduated English High School in 1981. Andy married his first wife, Catherine, shortly after high school and they started a family together in Dorchester.

Andy retired as a laborer for the Local 223 after many years. He married his current wife, Tracy, in 2016 after they had been together since 2009. Andy had extensive knowledge of cars and loved working on them in his garage.

Services for Andrew will be private for his family. In lieu of flowers donations may be made to the American Kidney Fund at www.kidneyfund.com.

To order memorial trees or send flowers to the family in memory of Andrew McDonagh, please visit our flower store.