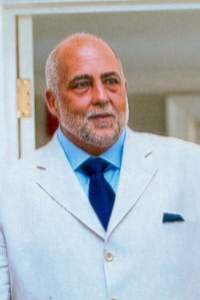 Robert Marshall Buckley, Jr, a lifetime Weymouth resident, passed away on Saturday, February 13, 2021. Robert, who was known as ‘Buck’ to his family and friends, will be fondly remembered for his kind heart, warm personality, his high-fives and infectious laugh.

Born on June 30, 1954 in Milton, MA. Robert was predeceased by his parents, Lorraine Mae Buckley of Braintree and Robert Marshall Buckley of Quincy, his brother Dean Buckley and his infant daughter Joy Kathleen. Buck was a loving and caring father who will be deeply missed by his children, Taryn Joy Cattaneo and her husband James Cattaneo, Robert Marshall Buckley III and Cole Mason Buckley. Robert is also survived by his grandchildren, James, Hadley and Brooke Cattaneo, who lovingly called him ‘Pa’. He will be truly missed by his brothers, Wayne Buckley and his wife Debra, Mark Buckley and wife Susan, his former wives Joy Buckley and Linda Mason and his many nieces and nephews who affectionately called him ‘Uncle Buck’.

In the early years, Buck was a restaurateur who opened several successful restaurants and pubs. He will be most remembered for ‘The Hearth and Eagle Tavern’ in Weymouth where friends and family would gather by the fireplace, listen to music and enjoy fine cuisine created by Buck. His favorite recipes would later be enjoyed by his family and traditions were made around his love of cooking. Buck would prepare his ‘Eggs Benny Breakfast’ for all who came through the door at Christmas. He also loved watching football with his sons and bringing his family to Santarpio’s in East Boston for garlic pizza. When Buck was around there was always love and laughter. His family called him the 'Mayor of Duxbury Beach' as he would be the first one on the beach every morning, setting up his grill to serve breakfast, lunch and dinner to all who would join him throughout the day. This is one tradition which will be continued by his family and friends in his memory.

Buck’s love of life was contagious, but he will be remembered most for the deep love he felt for his children and grandchildren. His most cherished role was as ‘Dad’ and ‘Pa’. He taught them to play Backgammon and Chess and would challenge them to win. He coached and cheered them on at games and flew his kite with them at the beach. He was so proud of his daughter Taryn, his son Robert, and his son Cole, a junior at URI. In his final days, he resided with Taryn and her family and cared for his precious grandchildren who were his pride and joy. He will always be remembered by his children and family as a beautiful soul with a heart of gold.

Relatives and friends are respectfully invited to the visitation for Buck on Friday, February 19, 2021 from 4-7pm in the C. C. Shepherd Funeral Home located at 134 Pleasant St. (Columbian Sq.) Weymouth, MA. All Covid-19 protocols including reduced capacity of guests inside the funeral home will be observed. The funeral service for Buck will be private due to the current viral crisis.


To order memorial trees or send flowers to the family in memory of Robert Buckley, please visit our flower store.