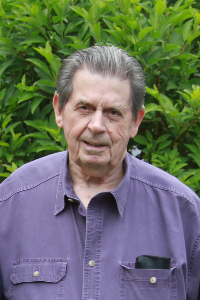 Robert G. Kinlin, age 86, of S. Weymouth passed away suddenly on Sunday, January 31, 2021. Bob was born and raised in Roxbury to Edward and Stella (Flemming) Kinlin. After high school he joined the Army. After his service, he began his over 30 year career as a local 7 Ironworker.

Bob married his beloved wife, Mary, in 1996 after being together for many years. They lived in S. Weymouth for over 40 years. After retirement in 1996, Bob enjoyed reading, watching TV, and travelling with his wife.

Bob is survived by his wife Mary Hall-Kinlin of S. Weymouth, their children Nancy Richardson and her husband Leslie of Maine and Michael Hall and his wife Lori of Maine, his grandchildren Amber, Joshua, Alisha, and Leslie, and four great-grandchildren. Bob is also the brother of the late Grace Foley, Edward Kinlin, and Patricia Sullivan. He is also survived by many nieces and nephews.

Funeral arrangements for Bob are in the care of C. C. Shepherd Funeral Home and will be private due to the current viral crisis. In lieu of flowers donations may be made to the American Cancer Society at www.cancer.org.

The live streaming of the service for Bob will be active at 9:45am on Thursday February 4, 2021 at the bottom of this obituary.

To order memorial trees or send flowers to the family in memory of Robert Kinlin, please visit our flower store.