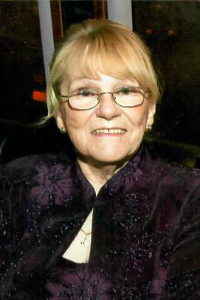 Shirley Spry, age 91, of Weymouth passed away on Wednesday, January 13, 2020. Shirley was raised and educated in Boston. After marrying her husband, Ed, they settled in Weymouth where they have lived since. Shirley worked at Chapman Manufacturing for many years. She enjoyed sewing, cruises with her husband, and was a talented writer.

Shirley was predeceased by her beloved husband Edward Spry Sr. Shirley is survived by her children, Robert E. Spry and his late wife Camille of Medford, Kevin L. Spry and his wife Joanna of Rehoboth, Edward W. Spry Jr. and his wife Nancy of Weymouth, Johanna M. Spry of Rockland and Shirley A. Volpe and her husband Doug of Marshfield. She also leaves her grandchildren Marina, Cara, Rachael, Torrey, Kevin, Stephanie, Erin, Michael, Haydon, Canyon, and Hannah, 16 great-grandchildren, her sister Carol Sullivan of Rochester, New Hampsire, and many nieces and nephews. Shirley is predeceased by her two sons, Ronald F. Spry formerly of Ft. Orange, FL, Stephen J. Spry formerly of Weymouth and her granddaughter Kelli Ann.

Services for Shirley will be private due to the current viral crisis. She will be interred at Blue Hill Cemetery, Braintree. Donations in memory of Shirley may be made to the MA Association for the Blind and Visually Impaired at 200 Ivy St. Brookline, MA 02446.

To order memorial trees or send flowers to the family in memory of Shirley Spry, please visit our flower store.