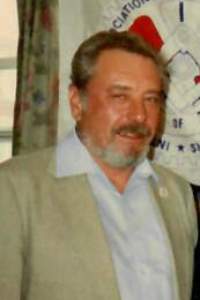 John McDonough Powers, age 70, of Weymouth passed away on January 2, 2021. John was born and raised in Boston. He served in the Navy from 1969-72 and soon after his service, married his beloved wife of 45 years Diane. John and Diane settled in Weymouth in 1976 where they have lived since. John was a longtime member of the IAMAW Union Local #1726.

John worked as a rampman at Logan Airport for 32 years followed by five years at MA DCR. After retirement in 2011 he enjoyed trips with his wife to Las Vegas, and trips with his son to Ireland, California, Texas, and North Carolina among other destinations. John also enjoyed cooking, gardening, and reading.

John is survived by his beloved wife Diane Powers (Cowell) of Weymouth, his loving son Michael Powers of Weymouth, his sister-in-law Susan Chambers and her husband Allan. John is also the uncle of Angela Lewis and Barbara Smith, and great uncle of Jaime, Anthony, Nicholas, and Lexi.

John will be cremated, and his services will be private. Any donations in memory of John may be made to the Scituate Animal Shelter at 780 Chief Justice Cushing Hwy. Scituate, MA.

To order memorial trees or send flowers to the family in memory of John Powers, please visit our flower store.