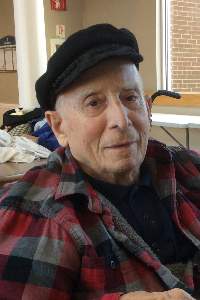 Anthony C. Cotugno, age 94, of S. Weymouth passed away peacefully on Thursday, December 31, 2020. Anthony was raised and educated in S. Boston. After he served in the Army he married his wife, Madeleine in 1959, who he met in a French Romantism class at Northeastern years prior. They settled in Weymouth where they raised a family.

Anthony is survived by his beloved wife Madeleine Cotugno (LaBelle) of S. Weymouth, his children Charles Cotugno and his wife Kim of Washington State, Paul Cotugno and his wife Laura of Colorado, and Clare Cotugno of Philadelphia, his grandchildren Cameron, Natalie, Miranda, Dakota, and Jackson, and two great-grandchildren. Anthony is also survived by his sister Janet Cotugno.

Funeral arrangements for Anthony will be private due to the current viral crisis.

To order memorial trees or send flowers to the family in memory of Anthony Cotugno, please visit our flower store.