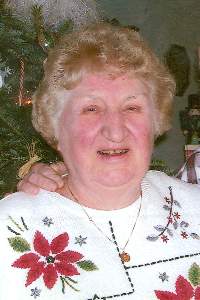 Leonie was born in Quincy and graduated from Sacred Heart High School, Weymouth in 1947.

She was the daughter of John and Ann (Curney) McAskill, and the youngest of their nine children. Predeceased by the Reverend Kenneth McAskill, Harold, Allen, Vincent and Chester. Three sisters, Elgie Gunville, Esther LeVangie and Bernadette Kline.

Leonie worked at the New England Telephone Company for ten years. After raising her children she worked as a receptionist at the South Shore VNA in Braintree before retiring in 1995.

Leonie was a devout parishioner at St. Jerome’s Church in Weymouth where she served as a Eucharistic minister at both the church and South Shore Hospital. She also enjoyed singing in the choir at St. Jerome’s.

She is also survived by her sister-in-law Mary McNeil plus many loving nieces and nephews.

Funeral arrangements for Leonie will be private due to the current viral crisis.

To order memorial trees or send flowers to the family in memory of Leonie McNeil, please visit our flower store.