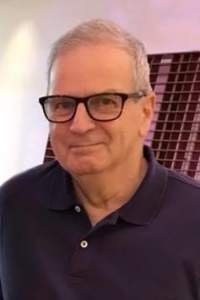 Donald LaForrest Petersen, 70, of Lincoln, RI passed away on July 25, 2020 at his son’s home surrounded by his family. He is survived by his 4 children Nicole (Petersen) Lavoie and husband Tom, Kenneth Petersen and wife Kristen, Angie LaBonte and Chris Mallette. Don is the grandfather of Zachary, Nickolas & Layla Lavoie, Molly Kucinski & Maddox Petersen and Caiden Bailey. He is the brother of Robert Petersen, Carol Petersen, the late David Petersen, Cathy (Petersen) Poston and Cheryl (Petersen) Dolson. He is an uncle to Amy Drouet, Jennifer Truong, Mark and the late John Petersen, Charles, David & Rachel Poston and a great uncle to Kaylee & Cassidy Truong and Dylan & Logan Drouet. He is the Cat Dad of Max and Milo who have settled into their new home with Don’s family.

Mr. Petersen was born and raised in Weymouth, MA and was the son of the late Rachel (Hayden) Petersen and Egon “Ken” Petersen. He graduated Weymouth High School in 1968 and lived his life in various areas of New England including Massachusetts, Maine & Rhode Island. He found peace in nature whether it was gardening, walking, sitting by the beach or through meditation. In a world where you can be anything... BE KIND.

Memorial service will be held graveside at Lakeview Cemetery at 335 Pond Street, S. Weymouth, MA on Saturday, August 8 at 11am. The family requests that you come as you are and encourages Patriots, Red Sox, cat and/or kindness attire to honor Don. In lieu of flowers, donations may be made in Don’s memory to the Woonsocket Cat Sanctuary, 266 Mendon Road, Woonsocket, RI 02895 (https://woonsocketcatsanctuary.weebly.com) or John D.L. Petersen Memorial Fund, Peace Corps, 1111 20th Street NW, Washington, DC 20526.

To order memorial trees or send flowers to the family in memory of Donald Petersen, please visit our flower store.