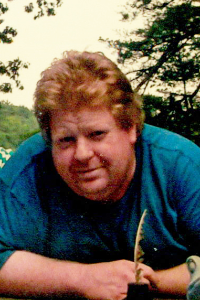 Scott J. Crayton, age 56, of S. Weymouth passed away suddenly on Sunday, June 14, 2020. Scott was raised and educated in Weymouth graduating Weymouth HS in 1982. He was a lobster fisherman for many years and also owned and operated a breakfast restaurant in Halifax for a short time.

While growing up Scott’s mother raised many foster children who he became like a brother to. Scott also enjoyed playing cards with his friends, his dog Oreo, and was a very accomplished professional candlepin bowler. Above all else Scott loved his extended family and friends.

Scott is survived by his sister Barbie Braccia of Weymouth, his best friend Scotty ‘man’ McArthur, and all of his foster brothers and sisters of whom Scott loved so much. He is also survived by his special friend Silvia Casadio, is an uncle to Christina and Zackary, and was predeceased by his parents Willard and Lorraine (Thomas) Crayton.

In lieu of flowers donations may be made to the MSPCA at 350 S. Huntington Ave, Jamaica Plain, MA 02130.

To order memorial trees or send flowers to the family in memory of Scott Crayton, please visit our flower store.