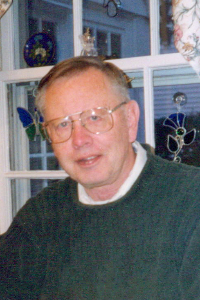 Rolf E. Egon age 83 of Weymouth passed away peacefully on June 12, 2020. He was born October 4, 1936. He was raised in Weymouth and went to Weymouth High School. Upon graduating Rolf went on to serve in the U.S. Army for 3 years, of which was in Okinawa and 5 years in the reserves. After an honorable discharge, He attended the IBM School and worked in communications for Western Union Kendall and Polyken Technologies.

Rolf was extremely interested in astronomy and was the past president of the south shore astronomical society in Norwell. He taught Quincy High, Weymouth North and Whitman Hanson High Schools in the evenings. He and his wife would go up to Stellafane in Springfield Vermont to view the skies with other campers.

Rolf was the son of the late Knut and Lilly C. (Berggren) Egon and predeceased by his brother Lars Egon. He is survived by his wife Lois (Peterson), daughter Kristen and her husband Shawn Conway, Grandson James A. Bennette and wife Heather (Welch), great grandson James C. along with many nieces and nephews.

Relatives and friends are invited to the visitation for Rolf on Thursday June 18, 2020 from 5-6pm in the C. C. Shepherd Funeral Home located at 134 Pleasant St. (Columbian Sq.) Weymouth, MA. A funeral service will be held for Rolf at the funeral home at 6PM immediately following the visitation. In lieu of flowers donations can be made to the Dementia Society of America P.O. Box 600 Doylestown, PA 18901.

To order memorial trees or send flowers to the family in memory of Rolf Egon, please visit our flower store.