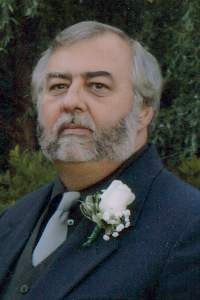 Francis Joseph Jones peacefully took his last breath in the early morning hours of Sunday May 3, 2020 while sleeping inside of his Weymouth home. Frank was born in Chelsea, MA on Thursday April 8, 1954 as the eldest of two sons shared between June Piscitello Zawadzki and Francis John Zawadzki. Early on, his biological father opted out of the role of fatherhood for a career in the U.S. Navy and that was okay because an All-Star Dad by the name of Albert Jones stepped to the plate and adopted Frank and his younger brother Johnnie as his own. Frank was raised in Holbrook, MA where he grew up with an energetic team of 6 younger siblings.

Frank developed a love of baseball at an early age and took on a passion for the game. Even as an adult he jokingly boasted about his MVP seasons as a pitcher that dated back to little league days. In his teenage years he developed a love for cars and went on to marry his high school sweetheart Pamela Sibbald (Jones) Murphy. There was something about his muscle cars and that Jones persona that she just couldn’t resist. They said their vows on November 29, 1975. On Thursday February 24, 1977 Frank and Pam welcomed their only child into their arms, a baby boy they affectionately named John Francis. It was only natural they started to raise their small family in a house next to a ball-field in Braintree, MA. His son John quickly developed the same vision and passion for baseball at a very young age. Frank took on the role of little league coach and teamed up with his son to develop the team Stalker Lumber into a little league powerhouse. A special bond emerged and when John was 8 years old they shared this love for baseball with their very own pair of 1985 Red Sox season tickets.

Frank later got a Master of Education Degree with a focus in social work from Cambridge College. During his adult life, Frank developed a strong compassion for helping others. He spent his early adult career helping adolescents suffering with addiction. He later became the administrator of the Whittaker Rest Home and went on to become the business owner where he spent the duration of his working career. During his 30 years at Whittaker he impacted the lives of so many adults that were less fortunate and displayed a level of loyalty that was admirable and in excess of what most people commit to throughout the duration of their working careers.

Ultimately, Frank was an ordinary, blue-collar guy with big league dreams and a toughness not matched by many people. His passion for baseball and cars remained steadfast. Frank and his son John spent their adult years travelling around the country taking in America’s pastime everywhere they went. Something about those peanuts and cracker jacks that created a very special bond. They visited 11 major league stadiums together and enjoyed every minute of those days on the road when nothing else mattered except the loving bond of a father and his son.

Frank is now in a better place and he has a front row seat to see whatever the future innings may have in store for his family. He is survived by his son, John Francis Jones and his wife Melissa Paronich Jones who reside in Braintree, MA. John’s four children were his only grandchildren and they lit up his life brighter than the lights that shine over Fenway Park. Madison and Michael Jones of Marshfield, MA and Meredith and Mackenzie Jones of Braintree, MA will forever miss their Grandpa Frank. He leaves behind his dog Snickers and his buddy Valdimar. He will be missed by his longtime significant other, Maureen Gould of Weymouth, MA who will remain in comfort with her children Kim, Shane, Tara, and Kristin by her side. As he steps away from the game of life, he now hands the ball off to his team of siblings Johnnie, Cathy, Bobby, Ronnie, Richie and Jeannie who all continue to reside in Massachussetts. They all still wear the name Jones on the back of their jersey and today they honorably retire their team captain’s #8 jersey.

To order memorial trees or send flowers to the family in memory of Francis Jones, please visit our flower store.