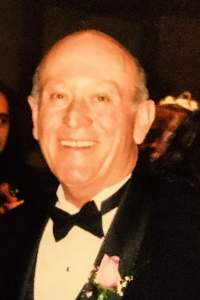 Robert E. Whipple Jr., age 76, of Weymouth passed away peacefully on Tuesday April 21, 2020, after a brief illness. Bob was raised and educated in Braintree. Bob worked at the Quincy Shipyard as a welder, prior to his purchasing Weymouth Mobil in 1968. In 1978, Bob opened Weymouth Service Center on Moore Road in Weymouth. He owned and operated Weymouth Service Center until his retirement in 2019.

Bob served in the National Guard from 1964-1970. He was an avid Nascar fan and attended the Indy 500 every year from 1974-2010. He was also very active as a director and coach for Weymouth Youth Hockey for many years.

Services for Bob are in the care of C.C. Shepherd Funeral Home in Weymouth and will be private due to the current viral crisis. Interment will be on Saturday at 10:00 AM, in the Fairmount Cemetery in Weymouth.

To order memorial trees or send flowers to the family in memory of Robert Whipple, please visit our flower store.