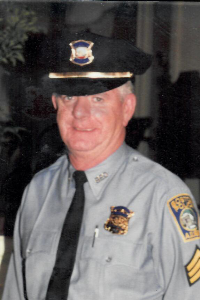 Albert James Donnelly, age 83, of Braintree passed away Wednesday, April 8, 2020. Al grew up in Boston and served in the Navy during the 1950’s. After the military he graduated from Northeastern University with a Master’s Degree. Al joined the Boston Police Department and worked his way to being a respected Sergeant in the Brighton area for many years until retirement in 2001.

Al was a frequent visitor of the YMCA in Quincy, and a devoted parishioner of St. Francis of Assisi Church in Braintree. He will be sorely missed by his many nieces, nephews, friends, and his friends at the Olympian Diner in Braintree Square.

Al is predeceased by his parents Harold and Kathryn (O’Hanley) Donnelly, and his siblings Kenneth Donnelly, Muriel Regan, Alfreda Higgins, Merlin Donnelly, and Virginia Donovan. He is survived by his sister Lorraine Noland.

Services for Al will be private due to the current viral crisis.

To order memorial trees or send flowers to the family in memory of Albert Donnelly, please visit our flower store.