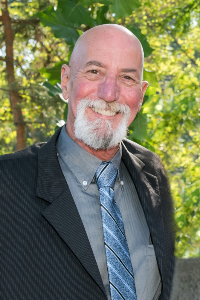 Paul A. Grasso, age 66, passed away at home with his loving family by his side on Thursday, March 12, 2020 after a courageous battle with lung cancer. Paul was raised and educated in Weymouth, graduating from Weymouth South High in 1971. He married his high school sweetheart, Dottie, during the blizzard of 1978 and they settled in Weymouth where they raised their family. Paul worked in Auto Body repair his entire life including many south shore shops as well as owning his own business ‘Paul’s Main Street Auto Body’ for over sixteen years in Weymouth Landing.

Paul was a motorcycle enthusiast and member of the Elkway Riders, MMOB, Old Fart Riders, and Eagle Riders. He also loved golf and was active at the Weymouth Elks, Weymouth Eagles, and Braintree Moose.

Paul is survived by his beloved wife of 42 years Dottie (McCarthy) Grasso of Weymouth, his loving children Nick Grasso and his wife Deni of WA, Chris Grasso of NY, Kelly Noska and her husband Adam of Westboro, and his nephew Paul Johnson of Weymouth. Paul is also survived by his grandchildren Paryce, Christian, Everly (his little jelly bean), Oliver, and baby Teddy. He is also survived by many nieces, nephews and close friends whom he loved dearly. He was the life of the party, and will be loved, missed and remembered fondly by all.

Services for Paul will be held at a later date and will be announced once determined.

To order memorial trees or send flowers to the family in memory of Paul Grasso, please visit our flower store.