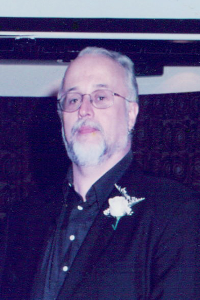 Wayne B. Robertson, age 64, of Whitman and formerly of Weymouth passed away suddenly after complications from surgery on Tuesday, January 21, 2020. Wayne was raised in Hanover then graduated Weymouth High School in 1974. He then was trained in college as an Audio Engineer, an education he used to pursue a 20 year career of traveling the world as a stage technician for countless bands because music was Wayne’s true passion. He married his wife of 33 years, Leslie, in 1986 and they settled in Weymouth to raise their son. After his music career Wayne also worked at State Street Bank for a few years.

Wayne is survived by his beloved wife Leslie Robertson (Schneider) of Whitman and his son Derek Robertson also of Whitman. He is also the brother of Frederick Robertson.

Relatives and friends are respectfully invited to the visiting hours for Wayne on Sunday, January 26, 2020 from 4-6pm in the C. C. Shepherd Funeral Home located at 134 Pleasant St. (Columbian Sq.) Weymouth, MA. A Funeral Service will take place immediately following the visiting hours at 6pm in the funeral home. Cremation will follow.

To order memorial trees or send flowers to the family in memory of Wayne Robertson, please visit our flower store.