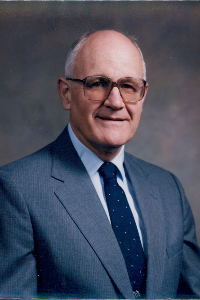 Michael "Joe" J. Merten, age 89, of Weymouth passed away on Saturday December 14, 2019. Michael is the son of the late Bernard and Mary (White) Merten; brother of the late John, Robert, Phil, and Mary and uncle to the late Jean Merten. He is survived by his brother Bernard and wife Joan, and his nieces and nephews; Mary-Ann Cole of N. Weymouth, James Merten of Nevada, Patricia Fleming of Yarmouth, John Merten of S. Weymouth, Michael Merten of Pembroke, Therese Henley of Colorado, Sheila Manzi, Christopher Merten and Bernadette Banker of Oregon, Katherine Califf of Georgia, Rosemary Wollersheid and Joanne Small of Maine. Michael is also survived by his dear friends Nick Guan and Rick Newman.

Michael retired as Principal of the Wessagusset School in N. Weymouth. He loved flowers, arts, and antiques. Michael was a proud veteran of the Korean War and a contributor of artwork to the Fogg Library in S. Weymouth

Relatives and friends are respectfully invited to attend the Funeral Mass in honor of Michael’s life on Saturday, December 28, 2019 at 10am in the St. Francis Xavier Church located at 234 Pleasant St. Weymouth, MA 02190.

Donations in lieu of flowers may be made to the Michael J. Merten Scholarship ATTN: Kathleen Conway Financial Secretary Weymouth High School One Wildcat Way, Weymouth MA 02190 or the Fogg Library at 1 Columbian St. Weymouth, MA 02190.

To order memorial trees or send flowers to the family in memory of Michael 'Joe' Merten, please visit our flower store.