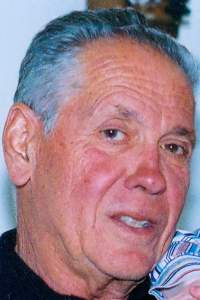 Warren was born in Boston and attended Milton schools. He was a United States Army Veteran who served in the 4th Infantry Division.

Warren graduated from the University of Lowell and worked his entire 42 year career with the Massachusetts Division of Transportation (DOT). He was a member of MOSES (Massachusetts Organization of State Engineers and Scientists). His interests were following the stock market, collecting model trains and boating. He had wonderful years dividing his time between Weymouth and his summer home in Dennisport, MA. His most heartwarming joy came by spending time with his beloved extended family, especially on Cape Cod.

Relatives and friends are respectfully invited to the visiting hours for Warren on Sunday December 22, 2019 from 2-5 in the C.C. Shepherd Funeral Home, 134 Pleasant Street (Columbian Square) South Weymouth, MA. Relatives and friends will gather in the funeral home at 9am Monday for a Celebration of Life prior to the funeral mass which will be held at St. Francis Xavier Church in S. Weymouth at 10am. Burial will follow in the Bourne National Cemetery at 1:45pm. In lieu of flowers, memorial donations may be made to Dana-Farber/Brigham & Women’s Cancer Center, 101 Columbian Street, South Weymouth, MA 02190.

To order memorial trees or send flowers to the family in memory of Warren Janigian, please visit our flower store.