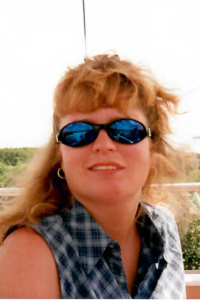 Caroline Glover (Robie), age 49, of Brockton passed away suddenly on Saturday, December 7, 2019. Caroline was born in South Weymouth and then moved to Holbrook where she attended and graduated High School. After marriage she started a family and settled in Brockton.

Caroline was preceded in death by her father, James A. Robie, sister Joanne Duflock and Christopher S. Robie. She is survived by her husband of 20yrs, Chris, sons Christopher, Cameron, Caden and Cory and daughter Carly. Caroline is also survived by her mother Carol Robie, sisters Debra J. Higgins-Bennett and Denise Robie and brothers James S. Robie and the Rev. John A. Robie. She is also survived by sisters and brothers-in-law along with many nieces and nephews.

Caroline was a free spirit that gave to others to the best of her abilities. She approached life as “in the moment” and had many friends and acquaintances during her life. A memorial service of remembrance will be held at a later date.

To order memorial trees or send flowers to the family in memory of Caroline Glover, please visit our flower store.