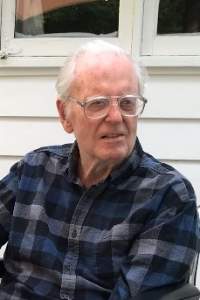 Gerald E. Twomey, age 91, of Norwell passed away with his loving family by his side on October 27, 2019. Jerry was born in Easton then raised in S. Weymouth. He married his beloved wife, Norma, in 1948. Jerry and Norma spent a short time in Quincy before settling in Weymouth to start a family together. They moved to Norwell in 1970 and have resided there since.

Jerry took over his family business, Twomey’s Imported Autos, in S. Weymouth from 1960-1980. While in Weymouth, he was active in S. Weymouth Chamber of Commerce. In retirement, he enjoyed fishing in Florida, ballroom dancing, and traveling with his wife.

Jerry is survived by his beloved wife of 71 years, Norma Twomey (DeNicola) of Norwell, his loving children Regina Stevens and her husband David of Norwell, Noreen Henderson and her husband Prescott of Hanover, and Jerry J. Twomey of San Diego, CA. Jerry is also survived by his grandchildren Kristen, Caryn, and Jared, and by his great-grandchildren Althea and Nicholai.

To order memorial trees or send flowers to the family in memory of Gerald Twomey, please visit our flower store.