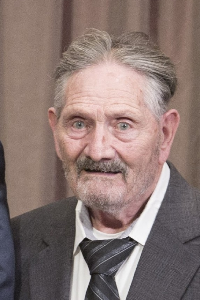 Albert George “Al” Moquin, age 90, of Albemarle, NC passed away Sunday April 21, 2019 in his home.
He was born on September 1, 1928 in Springfield, MA and was the son of the late George Moquin and Mildred Leete Moquin Mindlin. He was a former manager of a medical device manufacturer.
He was married to the late Janet Rice Moquin who preceded him on March 16, 1988. He was also preceded in death by his second wife Dorothy Moquin. Survivors include daughters Jennie Cooper and husband Gary of Albemarle, NC, Amy LeClair and husband James LeClair Sr. of Vermont, also two other daughters Jeannie and Candace, half-brother Gilbert Mindlin of New York, and 4 grandchildren Aislinne, Jacob, Damien, and Samuel.
A graveside service will be held on Monday, April 29, 2019 at 11am at the Fairmont Cemetery in Weymouth,

To order memorial trees or send flowers to the family in memory of Albert G. Moquin, please visit our flower store.