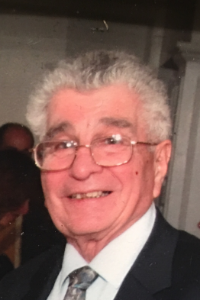 George P. Haddad, age 89, of Braintree passed away at home with family by his side on April 3, 2019. George was raised and educated in Dorchester. He served in the Army during the Korean War. When George finished his Army term, he joined the Boston Stagehand Union Local 11 where he worked for many years. He married his wife, Donna, in 1967 and they settled in Braintree where they raised their son and have resided ever since. George was an avid pool player, a 30+ year member of Braintree Golf Course, and a member of the Weymouth Braintree Elks for many years. He also loved entertaining and has cultivated many memories at his annual Fourth of July Cookout that was looked forward to every year.

George is survived by his beloved wife of 51 years Donna Haddad (Chapman) of Braintree, his loving son Paul Haddad and his wife Tracey of Whitman, his grandchildren Justin and Cassidy, and many loving nieces and nephews.

Relatives and friends are respectfully invited to the visiting hours for George on Saturday April 6, 2019 from 9-11am in the C. C. Shepherd Home located at 134 Pleasant St. (Columbian Sq.) Weymouth, MA. A Funeral Service in honor of George’s life will take place immediately following the visitation at 11am in the funeral home. A private burial service will take place at the MA National Cemetery in Bourne at a later date.

To order memorial trees or send flowers to the family in memory of George Haddad, please visit our flower store.