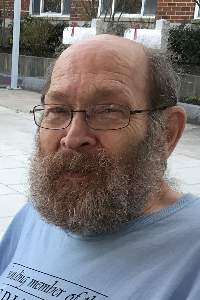 Paul V. Scholl, age 76, of Weymouth and formerly of Dorchester passed away peacefully surrounded by his loving family on December 21, 2018. Paul was born, raised and educated in Boston. He married Peggy and established his family in Dorchester in 1966. Paul was proud of his service to the Navy aboard the USS Edisto where he was able to cross the international date line and be in the Arctic and Antarctica. He often referred to the McMurdo Sound as one of the most beautiful places he had ever seen. He spoke often of his many adventures in the Navy. Paul then went on to work in Facilities Management for the Marriott Corporation as one of the first employees at the Long Wharf Boston location where he retired from after 35 years.

Paul is preceded by his wife Margaret “Peggy” Scholl (McNeely) of Weymouth. He is survived by his loving children John Scholl and his wife Penny of Avon, Paula Higgins and her husband Jerome of Quincy, Christina Collins and her husband Ed Reszenski of Rockland, and Michael Scholl and his wife Kristen of Rockland, his cherished grandchildren who lovingly referred to him as “Grumpy” Alyssa, Casey, Veronica, Aidan, Johnny, Keith, Calli, and Jimmy. Paul also leaves his great-granddaughters Lylah and Mallary his brothers Richard, George and Joseph Scholl and his late sister Mary Lopes and many nieces and nephews.

A gathering of friends and family will be held on Friday, December 28, 2018 from 4-8pm in the C. C. Shepherd Funeral Home located at 134 Pleasant St. (Columbian Sq.) S. Weymouth, MA 02190. Relatives and friends will gather in the funeral home at 9AM on Saturday for a Celebration of Life prior to the Funeral Mass in Honor of Paul which will be held at 10:30 AM at St. Anne’s Church in Dorchester, MA. Interment will be in the Massachusetts National Cemetery located in Bourne, MA and will be private for the family.

To order memorial trees or send flowers to the family in memory of Paul V. Scholl, please visit our flower store.