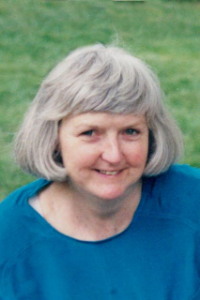 Mary Jane Sullivan Smith, age 72, of S. Weymouth, passed away on Tuesday, November 27, 2018. Mary Jane is survived by her husband Richard Smith, her daughter Deirdre A. Smith of Washington DC, her son Patrick T. Smith, of Burlington, VT. She also leaves her brothers David Sullivan and his wife Camellia of Andover, MA and James Sullivan and his wife Sandy of Almont, CO; her sister, Jean French PhD of Red Hook, NY and her sister in law Mary Farrell of Madison, CT. Mary Jane is predeceased by her daughter Shannon K. Smith, her brother Francis Sullivan and recently by her brother Daniel J. Sullivan.
A loving mother and talented teacher, Mary Jane was raised in Stoughton, MA where she taught 3rd Grade at the Gibbons School for 17 years while earning a master’s degree at Boston State College. As the children became older, she returned to teach in the Weymouth, MA middle Schools for 10 years.
“M.J.” was a gifted athlete and exceptional scholar both in high school at Jean d’Arc Academy in Milton, MA and the College of William and Mary in Williamsburg, VA where she starred in both varsity Lacrosse and Field Hockey. As a member of a Virginia National Team she traveled and competed against European Touring Lacrosse Teams. Mary Jane was a natural and fearless downhill skier.
Her incredible, faith-filled, perseverance combined with a humble, engaging and cheerful disposition served Mary Jane and her caring physicians well as she struggled, absent any self-pity, with an unimaginable series of serious illnesses and physical constraints over the past 25 years. Her womanly manners masked the raw grit and rare fortitude which she exhibited during her illnesses. At the time, she created and nurtured a brilliant garden surrounding her home. Mary Jane’s leadership by example remain as both a remembrance and legacy to her family and friends.
Relatives and friends are respectfully invited to visiting hours for Mary Jane on Sunday, December 2 from 3-7 PM in the C. C. Shepherd Funeral Home located at 134 Pleasant St. (Columbian Sq.) S. Weymouth, MA. Relatives and friends will gather in the Funeral Home at 9 AM on Monday for a Celebration of Life prior to the Funeral Mass for Mary Jane which will take place at 10AM in St. Francis Xavier Church, Weymouth. Burial will follow in the St. Francis Xavier Cemetery in Weymouth.

To order memorial trees or send flowers to the family in memory of Mary Jane Sullivan Smith, please visit our flower store.