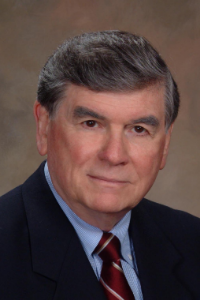 Harold Francis Smith “Harry” age 81, passed away Sunday, November 11th after a long and courageous battle with Renal Kidney Failure at the Care One Health Care Center in Weymouth.
Harry was the beloved husband of Barbara (Van Laethem) Smith. He was the brother of Laurence (Larry) Smith who resides in McMinnville, OR. He was predeceased by his sisters, Doris Tenney, Allessandra (Sandra) Smith and brother, William (Bill) Smith. Harry was Uncle Hal to Ben Tenney, Laura Milton, Kenzie Milton, Kim Bowers and Whitney Eng.
In 1959, Harry was drafted into the U.S. Army and was shipped overseas to Schweinfurt, Germany where he served in the 2nd Battle Group of the 38th infantry. He attended the 7th Army School in Bad Tolz, Germany where he was the honor graduate of the advanced communication course. From there, he was sent to the 3rd Division NCO Academy where he finished 2nd overall in his graduating class.
Upon his discharge from the Army in 1962, Harry began working in the construction trade and soon established the H.F. Smith Construction Co. which he successfully operated for over 40 years. He was a member of the Builders Assoc. of Greater Boston serving on their BOD for many years and was voted “Remodeler of the Year” twice. As a member of the Home Builders Assoc. of MA, he served on their BOD for a number of years as well. Harry was also selected to serve as the Mass. Rep. to the Nat’l. Assoc. of Home Builders & served on their BOD and Executive Committee for a number of years. In 1991 H.F. Smith & Assoc. was formed to provide both construction consulting services and to give expert witness testimony to a variety of clients.
In 2005, Harry was appointed by Gov Romney to represent the MA Home Builders on the Board of Bldg. Regulations & Standards (BBRS), the state agency responsible for the MA State Building Code and the Builder Licensing Program. In 2010, He was reappointed to this position by Gov. Patrick where he served until his retirement in 2015.
In 1972, he met the love of his life, Barbara Van Laethem, and they were married on Oct. 5, 1973. They lived in Weymouth and purchased a second home in Glen, NH where they spent many happy years skiing and enjoying time with their many friends. They also traveled extensively on skiing trips to Europe and to locations around the country as part of Harry’s duties with the NAHB.
In 2007, while planning their retirement in NH, Harry was diagnosed with kidney failure and cancer prompting them to remain in Weymouth to be close to his doctors and the necessary medical care. As kidney dialysis would be life-long, he was eventually transitioned to Home Hemo Dialysis with the assistance of his wife, Barbara.
Relatives and friends are respectfully invited to visiting hours for Harry on Monday, November 26 from 4-7PM at the C.C. Shepherd Funeral Home located at 134 Pleasant St. (Columbian Sq.) S. Weymouth. Burial will be private in the Massachusetts National Cemetery, Off Connery Ave. Bourne, MA.
In Harry’s memory donations may be made to Wounded Warrior Project, Donor Care Center P.O. Box 758541, Topeka, KS 66675-8541 or online at www.supportwwp.org/wwp.

To order memorial trees or send flowers to the family in memory of Harold F. Smith, please visit our flower store.