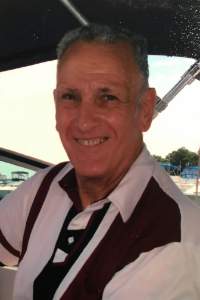 
Edward J. DeMita Sr. (79), of Weymouth passed away peacefully on Monday September 24, 2018. Ed was born and raised in Dorchester. He was Honorably Discharged as a member of the 4th Armored Division of the US Army, in which he served two tours during the Vietnam Era. For over 35 years he was a distributor for Ekco and Royal Prestige Home Products. In 1961, he married his beloved wife Sheila, and settled in Weymouth where they raised their family. Ed enjoyed playing the organ, harmonica, and cribbage and spending time fishing and boating off the coast of Scituate, but most of all he enjoyed spending time with his family. Ed was a loving husband, father, grandfather, and friend.

Relatives and friends are respectfully invited to the visiting hours for Ed on Thursday, September 27, 2018 from 4-8pm in the C. C. Shepherd Funeral Home located at 134 Pleasant St. (Columbian Sq.) Weymouth, MA. Relatives and friends will gather in the funeral home at 9am on Friday for a Celebration of Life prior to the Funeral Mass which will take place at 10am at St. Albert the Great Church, Weymouth. Burial will immediately follow at Mount Hope Cemetery, Boston. Donations in memory of Ed may be made to the American Legion at 19 Hollis St. Weymouth, MA 02190.

To order memorial trees or send flowers to the family in memory of Edward DeMita, please visit our flower store.