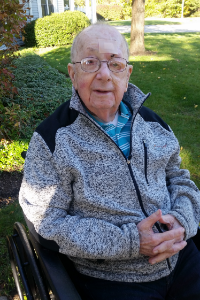 Arnold Turner, age 91, passed away on September 20, 2018. Arnold was born, raised, and educated in Boston. He moved to Weymouth in 1943 where he has resided ever since. Arnold studied at Mass Art, was an accomplished artist, and a member of the Quincy, Weymouth, and Braintree Art Associations where he received many awards for his work. He worked as a Graphic Artist most of his life at Rand Press, New England Litho, Court Square Press, and ran his own company for almost 20 years called Hierographics. Arnold also loved ice skating and even worked at being an accomplished dance skater.

Arnold enjoyed bowling, travelling to destinations including but not limited to Japan, Hawaii, and Florida, but most of all he enjoyed spending time with his longtime companion Maureen Lyons and his dogs.

Relatives and friends are respectfully invited to the graveside service for Arnold on Friday September 28, 2018 at Blue Hill Cemetery located in Braintree, MA. Please arrive at the Blue Hill Cemetery Office at 700 West St. Braintree (across the street from the cemetery entrance), MA 02184 at 10:45am, the service will begin promptly at 11am. Donations in memory of Arnold may be made to the American Heart Association at PO Box 417005 Boston, MA 02241.

To order memorial trees or send flowers to the family in memory of Arnold Turner, please visit our flower store.