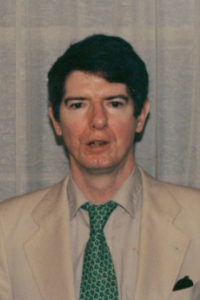 Kenneth W. Rust Jr., age 71, of Hingham passed away after a long illness on August 30, 2018. Ken was born in Boston then raised and educated in Hingham and Newton. He served his country in the US Naval Reserves. Ken loved reading, studying history, and spoke several languages including but not limited to German, Russian, French and Spanish. He spent most of his life in Hingham but also enjoyed his time in New Bedford for a few years then to Weymouth before returning to Hingham.

Ken was predeceased by his loving parents Kenneth W. Rust Sr. and his mother Elizabeth. He is survived by his sister Martha Wright of Halifax.

Relatives and friends are respectfully invited to the visiting hours for Ken on Wednesday September 5, 2018 from 5-7pm at the C. C. Shepherd Funeral Home located at 134 Pleasant St. (Columbian Sq) Weymouth, MA 02190. A Funeral Service will take place in the funeral home immediately following the visitation at 7pm. Following cremation Ken will be buried at High Street Cemetery in Hingham on September 12, 2018 at 11am.

To order memorial trees or send flowers to the family in memory of Kenneth Rust Jr., please visit our flower store.