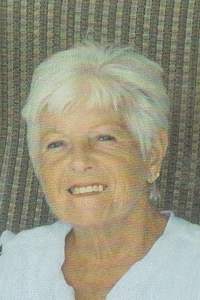 June C. Webster, age 82, passed peacefully on Wednesday, June 20, surrounded by her family. She was born on June 18,1936 to Walter and Ruth (Cox) LeVangie.

June worked at South Shore National Bank where she met and later married “the love of her life”, the late Robert M. Webster. They raised their family in South Weymouth, and later resided at 1000 Southern Artery in Quincy.

For 25 years, June served as a school crossing guard at Fulton School in South Weymouth. Her watchful eye and caring demeanor were widely appreciated throughout the school community by both parents and the students.

For much of her life, June remained close to her high school girlfriends, known as “The Club.”
She and her husband, Bob, along with their children, also enjoyed spending summers at the
family home on Long Pond in Plymouth.

June was a devoted mother to Richard S. of Worcester, David K. and his wife, Dee, of Rehoboth, Susanne L. and her husband, Thomas Ford of Whitman, and Robert D. of South Weymouth. She was an adoring Nana to Austin and Ashley Webster of Raynham and Sandra, Jacey, Meghan and Thomas Ford of Whitman. June was also the sister-in-law of Priscilla A. (Webster) and her husband Richard F. Cole and leaves many nieces and nephews. She was pre-deceased by her sister, Bernice (Bunny) Perrault.

June will be remembered as an upbeat and hopeful woman who was strong and courageous throughout the entirety of her life. She will be sorely missed by so many.

In Lieu of flowers, donations may be made in June’s memory to the Norwell VNA and Hospice 120 Longwater Drive, Norwell MA 02061.

To order memorial trees or send flowers to the family in memory of June C. Webster, please visit our flower store.