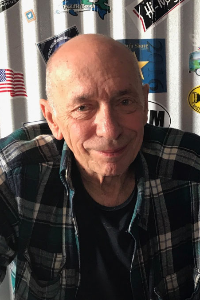 Earl R. Stacey Jr., age 75, of Weymouth passed away peacefully at home with his family on February 11, 2018. Earl was raised and educated in Allston, where he and his father owned and operated Stacey Citgo Station in Union Square. He married his wife of many years and best friend, Marie, in 1971 then they settled in Weymouth in 1975 where they raised a family together. Earl was a hard worker and a good provider for his family, working for the local 537 as an HVAC Technician. He never met a problem he couldn’t figure out, even when he built his family’s home from the ground up. Earl had many fond memories of trips to York Beach, ME and hanging out at JP Greer’s with his “extended family”.

Relatives and friends are respectfully invited to the visiting hours for Earl on Thursday, February 15, 2018 from 4-8pm at the C. C. Shepherd Funeral Home located at 134 Pleasant St. (Columbian Sq.) Weymouth, MA 02190.

To order memorial trees or send flowers to the family in memory of Earl Stacey, please visit our flower store.