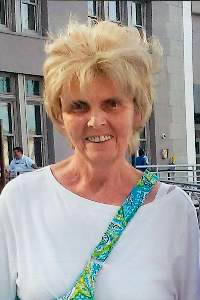 Janet McDonald, age 75, of S. Weymouth and formerly of S. Boston passed away on February 7, 2018. Janet was born and raised in S. Boston. While working full time she put herself through Northeastern University and attained a bachelor’s degree in accounting. Janet worked for Delta Projects in Dedham for many years, she always enjoyed working for nonprofits, a testament of her giving and caring heart. She volunteered much of her time to many charities but mostly AL-ANON and various religious groups.

Janet is the loving sister to Faith Hammer and her husband Jack of Newfield, NJ, and David McDonald and his fiancé Dona O’Connor of Las Vegas, NV. Janet was the aunt of Denise, Beverly, Steve, Jennifer, Kevin, James, Karen, and the late Jack, and was blessed with many great-nieces and nephews and her close friend, Marge Waterman of Weymouth.

Relatives and friends are respectfully invited to the visiting hours for Janet on Tuesday, February 13, 2018 from 4-8pm in the C. C. Shepherd Funeral Home located at 134 Pleasant St. (Columbian Sq.) Weymouth, MA. A Funeral Service will be held honoring Janet’s life on Wednesday morning in the funeral home and will begin promptly at 10am. Due to Janet’s charitable and giving spirit, in lieu of flowers her family would appreciate a donation to the charity of your choice.

To order memorial trees or send flowers to the family in memory of Janet McDonald, please visit our flower store.