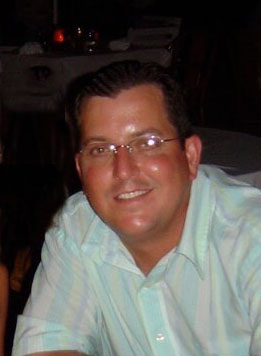 Michael Purnell, age 45, of Canton passed away suddenly yet peacefully
on January 27, 2018. Mike was born in Boston but was raised in California
before moving back to Boston in 1996. Mike worked for Harpoon Brewery
for 20 years where he met some of his closest friends who were like
family. He married his wife Jane in 2005 and they settled in Canton where
they started a family. He was an avid Boston sports fan but what was
most important to Mike was his family. Mike will always be remembered
for his personality that would always light up a room.

Michael’s uncle, Father Harold Birkenhead, of Weymouth’s Holy Nativity
Church, will lead Michael’s family and close friends in prayer and
celebrate his wonderful but short life. Services for Mike will be private
for his family and friends at the Holy Nativity Church located at 8 Nevin Rd. S. Weymouth and are in the care of C. C. Shepherd Funeral
Home located in Weymouth. In lieu of flowers, donations may be made in
memory of Michael to his two children, Piersson and Anna, to a trust fund
at Harbor One Bank at PO Box 720 in Brockton, MA in an account named
“Purnell Children’s Donation Fund”.

To order memorial trees or send flowers to the family in memory of Michael Purnell, please visit our flower store.