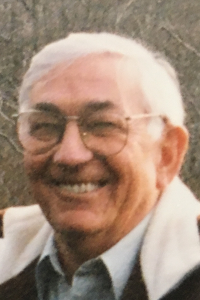 Norman Jackson, age 84, of Hanson and formerly of Weymouth, passed away peacefully at home surrounded by his loving family on January 10, 2018. Norman was born, raised, and educated in Belfast, N. Ireland where he met his wife of 62 years, Olive. They were married in 1956 and had three children before moving to the United States in 1966. Norman and Olive spent most of their years together in Weymouth but also lived in Rockland for ten years, and most recently have been living in Hanson with their daughter and son-in-law.

Norman worked as a piano tuner and technician for many years at Broadway Piano before starting his own company, South Shore Piano Service. Norman was a talented musician who was well versed in many instruments including piano and baritone horn, loved jigsaw puzzles, animals, children, and will always be remembered for his kind heart and gentle demeanor. In the past few years, you would never see Norman seated without his devoted Maltese, Bella, on his lap. Many of his neighbors in South Weymouth will remember seeing him on his daily walks with his two West Highland Terriers.

Norman is survived by his beloved wife, Olive (McConnell) Jackson of Hanson. He is the loving father to Carol Schillberg and her husband, Larry, of Stoughton; Norma McCann and her husband, Hugh, of Hanson; David Jackson and his wife, Dawn (MacKinnon), of Amelia, OH; and cherished grandfather to Kimberly, Alex, Katie, Kristin, Rebecca, and Brenna. He is also survived by his great-grandchildren, Jackson and Madelyn, his brother, William Jackson, and his wife, Ella of Dunedin, New Zealand, as well as many loving nieces and nephews in the US, Ireland, Canada, New Zealand, and Australia.

Visiting hours will be held on Monday, January 15th, 4-8 p.m., at the
C. C. Shepherd Funeral Home, 134 Pleasant St. (Columbian Square), Weymouth. Relatives and friends are also invited to gather for a funeral service on Tuesday, January 16th,,at 11 a.m., at the South Weymouth Church of the Nazarene, 385 Ralph Talbot Street, South Weymouth. Following the service, Norman will be cremated.

Donations in memory of Norman may be made to St. Jude Children’s Research Hospital or to the South Weymouth Church of the Nazarene.
For directions or online condolences, please visit www.CCShepherd.com or call 781-337-0050.

To order memorial trees or send flowers to the family in memory of Norman Jackson, please visit our flower store.