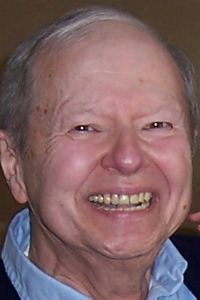 Kevin Linagen, age 74, of Weymouth passed away at South Shore Hospital surrounded by his loving family on November 24, 2017. Kevin was born in Norwood, MA and graduated from Weymouth High School in 1961. He attended Northeastern University earning a Bachelor’s degree in English while participating in the ROTC program at the school. After graduation he served 2 years as an officer in the Army, including a tour in Vietnam from 1967 to 1968. When Kevin returned from duty, he married Ingrid Drake, before moving to Washington to start a career in radio broadcasting. Later, they settled in Weymouth where they raised two sons, Kevin and Eric, and made many fond memories as a family. Kevin pursued his dream working in the radio industry as a DJ for stations such as; WPLM, WJIB, and Blount Communications. From a young age, he was passionate about music. Some of his favorites included Bob Dylan, the Beach Boys, and the Dave Brubeck Quartet. He also had a vast record collection, and enjoyed painting with watercolors.

Friends and relatives are respectfully invited to the Memorial Service for Kevin on Sunday, January 14, 2018 at 2PM to be held at Calvary Chapel located at 175 Market St. Rockland, MA 02370. Interment will be held privately for the family on Monday, January 15th at the Massachusetts National Cemetery in Bourne, MA.

To order memorial trees or send flowers to the family in memory of Kevin Linagen, please visit our flower store.